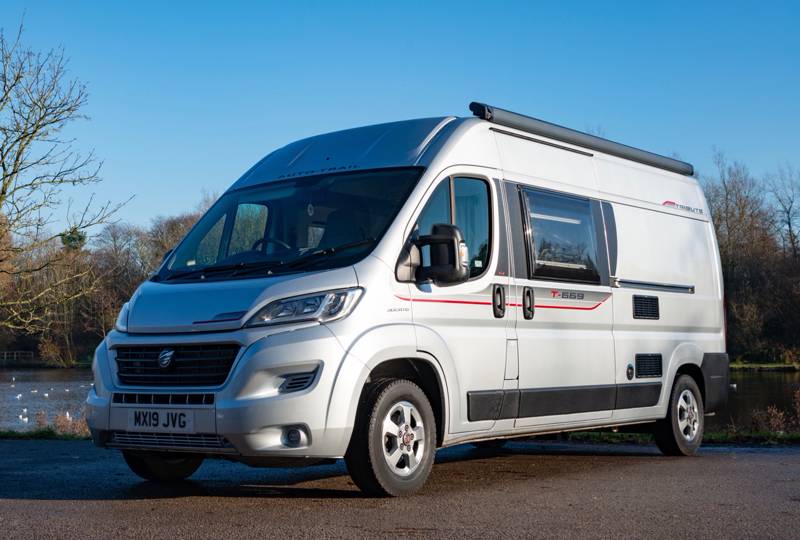 A manual motorhome that sleeps up to four people

Take a trip in the iconic Auto-Trail Tribute 669 campervan, a compact and sleek van that, although spacious enough for a family of four, is also compact enough to drive with ease and fit on most campsite pitches. Measuring in at just under six metres, this clever van conversion by Tribute features a dining area and compact, but fully-equipped kitchenette, behind the captain's swivel seats in the front cab. There's a three-ring gas hob, a fridge with a freezer compartment and a full-size oven with grill. The cupboards are stocked with pots, pans, tableware, utensils and cutlery - even foil and washing-up liquid. There's a shower and WC with toilet roll and chemicals provided too. Hot water and heating is powered by LPG gas which can be ordered in advance and is only to be used when stationary. The rear of the van has double doors and features long bench seating on either side which converts into two double beds, one above the other and reached by a ladder. Just bring your own bedding, linen and towels - unless you add in one of Easicampers' bedding packages - and you're ready to hit the road!
Read More

About this campervan hire location

A range of campervans and motorhomes available, from compact VW Californias to six-berth Ford motorhomes.

Search All Availability at this location