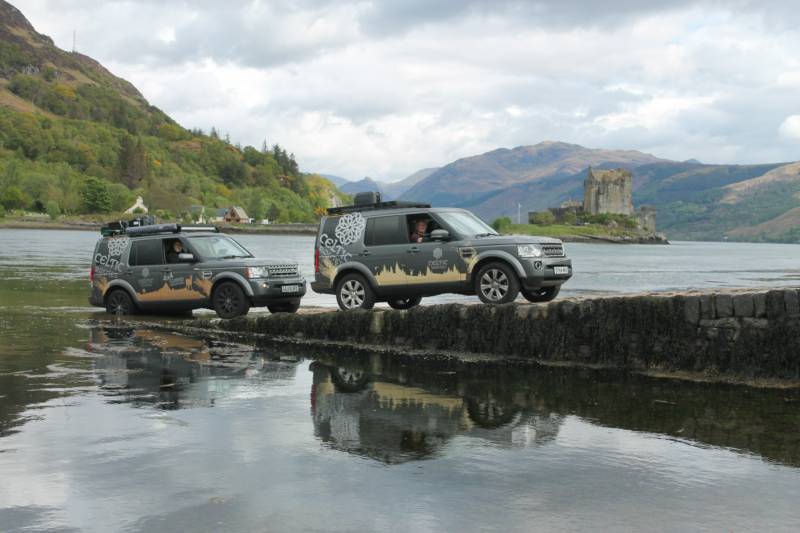 With a pick-up point between Manchester and Liverpool, you might wonder why this Land Rover hire company was christened Celtic Routes. But chat to owner Paul about possible directions for your road trip and you’ll soon be in no doubt. Not only does the adventurous chap behind Celtic Routes hire out his fleet of Land Rovers for self-drive holidays but he sometimes takes people on guided tours too. And it’s the UK’s wild edges that tempt him and his customers the most: The Scottish Highlands, the cliffs of Ireland’s Wild Atlantic Way and the mountains of Welsh National Parks.

Choose one of these and the pick-up point near St Helens is not a bad place to head off from. If you live in Manchester or Liverpool, it’s less than an hour away — and if Wales or Ireland are your chosen locations it’s not too far until you’ll be well on your way. The start of a Scottish adventure may be a bit more of a drive but in cars like these it’s not exactly a hardship.

The fleet is made up of Land Rover Discoveries with hardshell pop-up Autohome roof tents. They are THE vehicle for a true adventure, equipped for all terrain, wherever you want to go but, importantly, they are comfortable too. The Autohome tent means an easy set-up on arrival at your chosen camping location and a solid roof over your head while you’re camping out. There’s an integral mattress and LED lighting in your pop-up tent, cooking kit is provided as well as an awning, an electric cooler and a water tank. In short, everything you need for your expedition, save for bedding, is included — and you can add sleeping bags as an optional extra to make things easier still. Conveniently situated in the village of Rainford – just off the East Lancashire A580 between Manchester and Liverpool with easy access off the M6 and M58 motorways.